Here are 5 promising fraud prevention startups that we think you should keep an eye on.

Signifyd was founded in 2011 in San Jose, California and, having managed to raise $56 million (approx. $70 million AUD) to help protect against e-commerce fraud this year alone, it’s fair to say the company is without a doubt one to watch in 2017. Bain Capital Ventures, Menlo Ventures, and American Express were some of the biggest contributors to the cause and Signifyd boasts the likes of Jet.com, Peet’s Coffee, and Lacoste, amongst others, as clients. 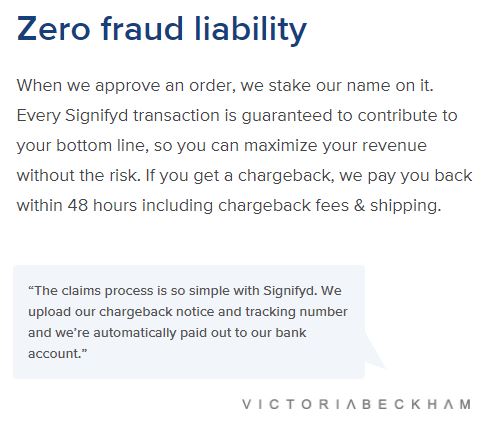 Signifyd’s clever software uses what they call a ‘machine learning platform’ to detect potentially fraudulent activity in real-time and, so confident are they in the effectiveness of the technology, the company offers a guarantee to all clients, meaning if the system fails to spot an act of fraud, Signifyd accepts liability.

This is a big deal for online merchants who, for many years, have had to deal with the headaches and lost revenue caused by these ‘chargebacks’. So far, over 5,000 businesses are using Signifyd to guard against fraud and, what with the latest round of investments, this number looks set to grow and grow.

The business is attracting a lot of attention from big-time investors; last year the company managed to raise $39 million (approx. $49 million AUD). CEO Rajesh Ramanand says the company plans on using the money to double its engineering workforce and expand operations internationally, focussing particularly on Australia and Europe.

Facilitating the largest trust network on the web, Sift Science has so far managed to raise an impressive $53.5 million (approx. $67 million AUD) in funding. Its last round of funding closed back in July of 2016 so, given their recent success, it’s likely they’ll be seeking further investment soon so watch this space.

Like Signifyd, Sift Science uses Real-time Machine Learning to accurately predict which users are trustworthy and which aren’t. In addition to this, another great service Sift Science offers is it allows businesses to customise each user’s experience based on their unique ‘trust score’.

How the fraud scoring works

Obviously, when predicting a user’s trustworthiness, it isn’t always black and white, so to speak – there tend to be degrees of trustworthiness and, as such, Sift Science caters to this in a bespoke manner. This leads to more revenue, higher conversion rates, and of course, less fraud and abuse.

On top of this, Sift Science offers another set of products which help detect account abuse, content abuse, and promo abuse so businesses can feel fully protected from all criminal activity. Interested parties can try Sift Science’s service for free by visiting Sift Science’s website.

Forter is another promising up and comer in the world of e-commerce fraud prevention. Based out of New York City and founded in 2013, Forter managed to secure $32 million (approx. $40 million AUD) Series C funding led by Scale Venture Partners, with follow-on funding from Sequoia and NEA.

Like its competitor Signifyd, Forter is so sure of the accuracy of its ‘Decision as a Service’ algorithms that it offers retailers a 100% guarantee against chargebacks after the fact. More and more online merchants are opting for real-time fraud prevention services as the threat of fraud increases with each passing year.

Forter’s own research indicates that a whopping 2.7% of all online transactions are attempts at fraud and what’s worse for retailers is the fact that the vast majority of chargebacks are fraudulent. This so-called ‘friendly fraud’ occurs when customers use the chargeback system built into their credit cards instead of dealing with the merchants directly.

“In today’s world of growing fraud attacks, we want to completely remove the fear of fraud from e-commerce and help retailers capture more sales,” said Michael Reitblat, CEO at Forter. The company’s efforts to tackle online fraud appear to be working with Delivery.com, one of Forter’s top clients, reporting almost a 70% decrease on its chargebacks; and, as the system becomes more sophisticated, the number of chargebacks is likely to continue to diminish.

The success of companies such as Forter is good news for everyone involved (except, of course, those pesky scammers). Merchants enjoy higher conversion rates, credit card companies don’t fear being held liable for fraud, and consumers enjoy a better service.

London-based Ravelin was founded 2014 and is somewhat smaller than some of the other companies on this list. Despite this, it’s managed to make a name for itself within the industry in a relatively short space of time. 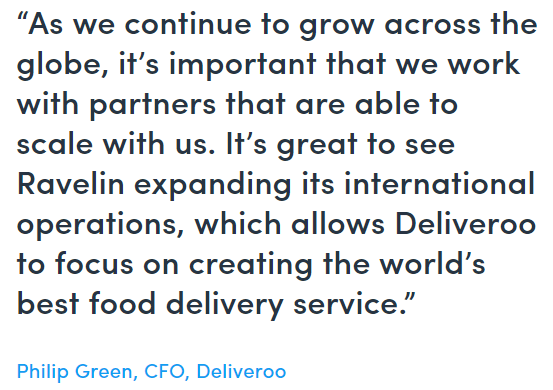 Specialising in fraud detection, chargeback prevention, machine learning, and artificial intelligence, Ravelin has proved that it can compete with the big boys of the business. With its sophisticated technology, along with its helpful accompanying explanations which allow businesses to gain an understanding of how fraudsters are targeting their infrastructure, Ravelin has become one of the most successful fraud prevention startups in the UK.

Ravelin Connect presents merchants with a map of their data which allows them to see how fraudsters are connected to other users, helping them to guard against future attacks. Additionally, Ravelin Lookup allows merchants to search Ravelin’s cross-merchant fraud database to find matches on emails, phone number, and IP address, putting them one step ahead of the criminals.

Ravelin proudly supports multinational giant Deliveroo as one of its customers, a company which delivers food on behalf a wide range of restaurants across 84 cities in the UK, the Netherlands, France, Germany, Belgium, Ireland, Spain, Italy, Australia, Singapore, Dubai, and Hong Kong. So far, investors in Ravelin include the likes of Amadeus Capital Partners, Barclays Accelerator, Errol Damelin, Gigi Levy, and Jeremy Millar.

Indeed, the future looks bright for Ravelin – watch this space…

Finally, we have the German firm Risk Ident which, since its 2012 launch, has since become one Europe’s leading lights in e-commerce fraud prevention. This is thanks to its innovative technology which tackles fraudulent activity in the e-commerce, telecommunication, and financial sector.

With their industry-leading products ‘FRIDA Fraud Manager’, ‘DEVICE IDENT Device Fingerprinting’, and ‘EVE Evaluation Engine’, Risk Ident are bonafide experts in the fields of data analytics and machine learning. All Risk Ident’s products are specifically tailored to comply with European data privacy regulations, but, with an ever-expanding team, the company are looking to expand their reach beyond the confines of Europe and, as such, are definitely one to watch in 2017.

Another great thing about Risk Ident is they protect merchants from different types of fraud. They protect against identity theft by detecting stolen personal data through linked orders across accounts and transactions, they guard against account takeovers by detecting irregularities in existing accounts to protect their customers, and they can recognise fake accounts by detecting multiple registrations as well as registrations which utilised false information.

Risk Indent also boasts low costs and a reportedly very simple and quick integration process. With one of the most comprehensive fraud databases in Europe, Risk Ident looks set for big things in 2017/2018 so be sure to keep an eye out for them. Risk Ident’s products always deliver results in real-time and are capable of analysing millions of historical transactions in the blink of an eye.